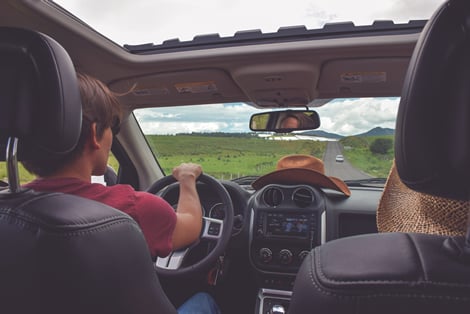 Broken sunroofs can be common, but the reasons for them vary. Have you ever heard of an exploding sunroof, or been in a car when the sunroof glass blew out?

Though still rare, the number of exploding sunroofs reported has increased and with them has come lawsuits against car manufacturers.

Allegedly exploding sunroofs have been seen in all kinds of vehicles—Volvos, Fords, Lincolns and Nissans among others. All four of these manufacturers were named defendants in cases that allege these panoramic sunroofs exploded spontaneously. Most of these occurred while the vehicles were traveling at highway speeds, but no one is certain exactly what caused the explosions.

Most of the lawsuits describe the various types of glass used in the sunroofs but do not suggest a particular cause. Sunroofs usually are made of either tempered or laminated glass, which both have pros and cons. Tempered glass is made by heating and cooling a piece of standard glass in a tempering furnace. The glass, which must be pre-cut and edged before being put into the tempering furnace, is heated to approximately 1200°F and then cooled rapidly. Laminated glass is basically a glass sandwich. It is made of two or more plies of glass with a vinyl interlayer between (sandwiched, if you will, as in a car’s windshield).

A recent lawsuit against Ford claimed that while some car makers utilize laminated glass, Ford has chosen to use tempered glass in its sunroofs. They also suggest that Ford uses “thinner glass … [which increases] the probability of catastrophic failure.”

Russ Corsi, an independent automotive glass consultant, says it’s up to the manufacturer to decide what’s important to them. He says that it just depends on what the manufacturer wants the glass to do and how they want it to appear.

Many sunroof installers say they don’t believe that the type of glass is an indicator of cause. Instead, they suggest the cause is likely a matter of physics.

Neal Ailstock, an installer with Seatco in Springfield, Va., says he sees six or seven blown-out sunroofs a year in his small shop. He thinks that the way the glass is held in place has a lot to do with the spontaneous explosions.

Ailstock says the glass usually is held in place by “two beads of high-strength urethane. That glass can’t move. It has to flex.

“When a car goes too fast around a corner, the body starts to flex,” Ailstock explains. “But the glass is glued in and can’t move, so something’s got to give.”

That often means the sunroof, he says.

Jesse Garcia, who works at Texas Auto Tops of Austin, says the seal of the glass is key – but notes that he hasn’t seen a lot of these “spontaneous” exploding sunroofs.

“I’ve heard of sunroofs blowing off cars,” he says, “and that’s usually because the seal between the glass and the metal has started to de-laminate.”

Kelley says some of the adhesives used on sunroofs can fail, causing the sunroof to leave the vehicle.

“When they break, either somebody has dropped something on the glass or something has gotten stuck in the sunroof,” he says.

Kelley says there are other reasons sunroofs might shatter, such as a small rocks or pieces of debris that can chip the glass. If the glass is tempered, sudden changes in temperature can cause the glass to expand and contract and cause the chip or crack to grow or shatter completely.

Ian Hanshew, the owner of Champion Glass in Woodbridge, Va., echoes Kelley. He says sometimes you can tell what debris hit the glass, and other times he finds that a mechanical part of the sunroof, such as a clip designed to hold it in, contributes to the breaks.

Hanshew’s shop specializes in new cars models and puts in approximately 50 sunroofs a year. His employees often keep notes about the sunroof breakage brought to them for replacement, but they don’t retain records about what type of glass was used in the originals.

David Arriaga, installer at South Gate Sunroofs in Huntington Park, Calif., says he has not seen any “exploding sunroofs” like those named in the reports. He says it’s “really, really rare” for the glass to shatter spontaneously.

Cliff Monroe, a glass expert who has been in the industry since 1970 and is now CEO of GlasFab Architectural Consulting, says that there’s not a definite way to pinpoint the causes of the explosions. He likens it to the lengthy process of “solving a murder case via a forensic analysis of the particles.”

What’s in the Glass?

The type of glass could play a role, Monroe said, but so could whatever is in the glass or on its surface. Corsi agreed that identifying the cause specifically would require a detailed analysis, and there could be a lot more to it than the type or thickness of the glass. It could have to do with the amount of stress put on the glass when it’s installed. It could be something as simple as a car wash, he says, and the abrasive brushes used in them.

The curvature of the glass used in sunroofs could even play a role, according to Corsi, especially in panoramic sunroofs. “The more curve in the glass, the more stress on it,” Corsi says.