How to Stop Mold from Growing in Your Shower 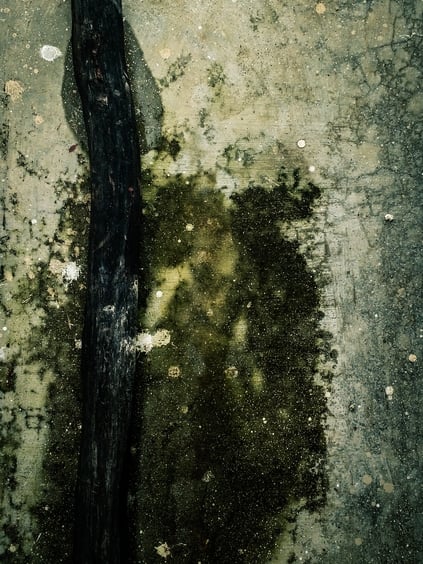 Mold buildup in the shower–no one really likes to talk about it; because it’s not the most glamorous bathroom topic. Realistically, most of us have had or have seen it in the shower at some point, but how many of us know how to eliminate it and prevent it from resurfacing?

Key points on how to maintain and eliminate pesky mold will be highlighted in this blog. First, however, let’s define what exactly shower mold is and how it can impact you.

According to the U.S. Environmental Protection Agency (EPA), molds are living organisms that may be found everywhere. Molds are also referred to as fungi or mildew and multiply by producing microscopic spores. Since the spores are so small, they can easily float through the air.

An important fact about shower mold is that it grows and spreads in damp areas, which keeps the shower a constant target. If you notice mold of any kind growing in your shower it is important to address and remove it quickly, as it can have harmful results that include:

Although the potential damage, as a result of shower mold, might seem to only be cosmetic, there are several health effects associated with it.

In general, molds produce irritants to the body along with toxic chemicals and can even cause allergic reactions. Inhaling shower mold may cause things that include:

Address the issue early to prevent further spreading. Do not wait.

Since we know shower mold grows and spreads if there is excess moisture in the area, the key to eliminate it is simple – limit the amount of moisture and condensation build up. There are a variety of things your Glass.com shower glass expert may recommend for you, but remember the little things, such as opening a bathroom window or turning on the exhaust fan in your bathroom. Keeping your shower area clean and dry is also important. You can do this by simply whipping off or squeegeeing your shower glass after you get out of the shower. This way the excess water won’t remain on the glass.

It’s important to remember that, in general, mold will not grow indoors without water, dampness or excessive moisture, according to shower glass experts. There are three main contributors to condensation — temperature, relative humidity and poor ventilation.

Now that you know what shower mold is, how it is caused, how it spreads, and ways to prevent it from spreading, it’s time to think about how you should clean your shower if you have mold in it. Although there are a vast amount of products that claim to be able to remove shower and soap scum, will they also remove mold from your glass shower door? That answer truly depends on the product.

Most mold cleaners will clearly state that they should be used to remove it. Other products like Clorox multipurpose cleaner can also be used to clean mold, as it has beach included, which stops most mold from growing.

Shower glass experts say some of the most effective mold removal products include:

If you choose to use either vinegar, Borax, or a bleach solution, it might be easier to put it in a spray bottle. Then you can spray the solution on the moldy area in your shower, and even the caulking found in bathroom and shower tiles. Use either a cleaning cloth or a toothbrush to remove the mold in your shower. If you have mold that has spread to your bathroom ceiling you can use the same removal method to prevent the mold from spreading there.

If you are looking for a natural method for removing shower mold, an expert might tell you to use vinegar, which will kill the mold with its acid, or a tea tree oil which is a natural anti-fungal remover.

Are You Ready to Tackle Your Shower Mold?

Hopefully you now have a better understanding of what shower mold is, how it spreads and how to clean it from glass showers if you have it. It’s important to remember that shower mold is hazardous and should be addressed as soon as possible to prevent any of its potential bodily effects. If you’d rather throw in the towel and replace that old, moldy shower rather than deep clean it, use Glass.com to find a local shower door installer near you.